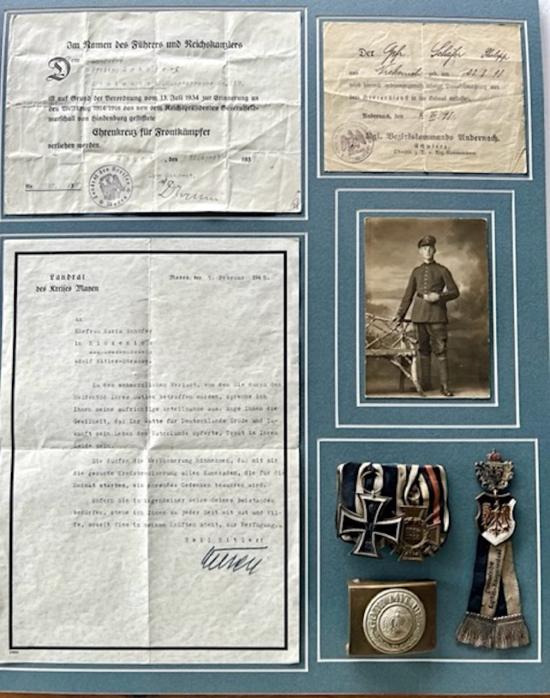 German medal group of two to Pfilipp Schafer with photos and award documents.

Also includes a Gott Mit Uns Belt Buckle and a 25th Anniversary Medal Impressed/engraved on the back.

Iron Cross 2nd Class and Hindenberg Cross 1914-1918 with Swords. 25th Anniversary Rosette and Clasp impressed/engraved on the back. read more 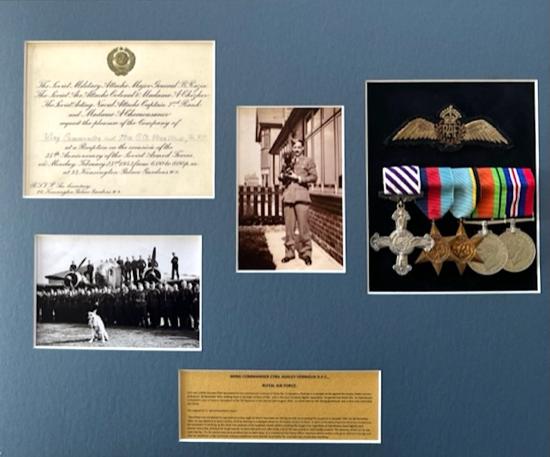 A superb Second World War D.F.C. group of five awarded to Wing Commander C. A. Vernieux, Royal Air Force, who was decorated for his command of a section of three No. 15 Squadron Stirlings in a successful da... read more

A large size Imperial German State flag with an original period photograph showing it being captured by the men of an engineer regiment at the Hotel de Ville, Douai, France on September 16 1918.

The flag has been carefully cut from the pole shown in the photo, and is otherwise it is in very good worn condition after over 100 years and has lots of character. read more 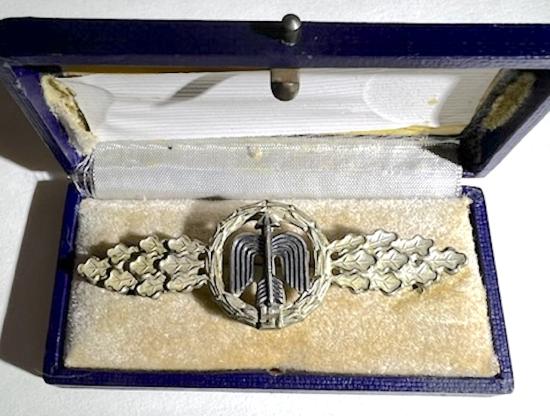 A very nice example of a Tombak non maker marked Luftwaffe Flight Clasp in silver, good silvering generally, slight frosting still showing to the edges of all of the leaves, slight toning to the lower base coloration of the left hand set of leaves. The black patinated finish to the upward ... read more 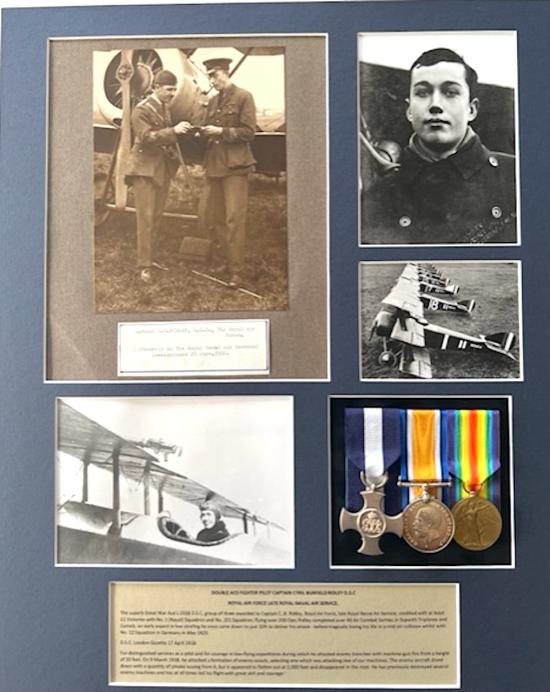